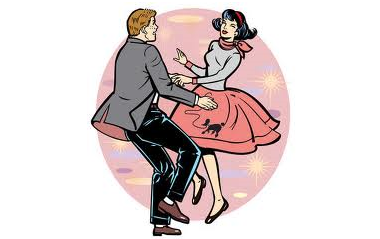 A brief history of jive… 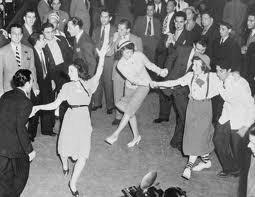 The very early origins of jive dancing stem from the late 1920’s and 1930’s when it was known either as Swing or Swing Jazz in many quarters and was very much Charleston influenced.

In America (not England) this form of ‘jive’ dancing was undergoing rapid changes during the late 1930’s as the Big Bands of the day changed their musical style and the masses (not just the elite) started to attend dances across America.

With the outbreak of the 2nd World War thousands of American G.I’s were stationed throughout England and with them they brought their own style of music and dance – Swing Jive! Which soon took a hold with the younger generation of English society, the ‘oldies’ still preferring their Quicksteps and Waltz’s.

The Quickstep beat was ideal for the ‘new’ form of dancing so at many events it was not unusual to see the ‘jivers’ in the centre of the floor doing their thing, whilst the rest would be ‘quick-stepping’ around the edges of the dance floor area.

The Big Bands slowly started to fade out as the late 1940’s approached and in many cases (though some Big Bands did survive) were replaced by 4, 5 or 6 piece combo’s and with it a much raunchier form of music. Many of the great Rock & Roll artists of the mid to late 1950’s grew up with this ‘new’ and emerging late 40’s style of jive music and took those songs first performed in the 1940’s, upt the tempo slightly and created many of the now famous 1950’s Rock & Roll hits we are all know. 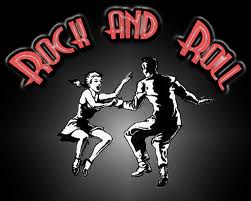 In England the jive dancing craze soon took off in the mid 1940’s onwards and slowly turned into what we now a days refer to as Rock & Roll as the 1950’s decade rolled around. The two styles of jiving have very similar/identical moves (just known by different names) the only real difference being that Rock & Roll is normally danced at a slightly higher and more energetic tempo.

It is hard to believe that jive dancing as we know it today is just over 70 years old and still going strong. In recent years there has been a massive resurgence in jive dancing and approximately 1,500 dedicated jive clubs now exist throughout the U.K. Some specialising in 1940’s style Swing Jive or one of the many off-shoot styles such as Balboa or Lindy Hop etc. Other clubs have concentrated purely on the Rock & Roll form. Whichever it maybe and whatever club/event, it is all jive dancing!

JIVE CLASS’s sole aim is to maintain the traditions of JIVE DANCING and keep it alive with their 8 week course of lessons designed towards anyone of any age who has a desire to either learn 1940’s/50’s style jive from scratch or wants to improve their existing dance technique.